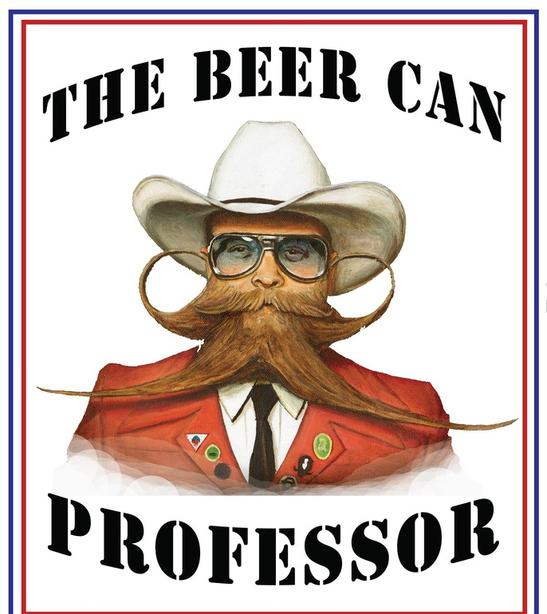 We were drinking a couple of draft brews on a  Friday evening, enjoying the fading sunlight. It dimmed suddenly and I looked up to see an imposing silhouette, composed of boots, a cowboy hat, and a beard. We were in the presence of Paul Roof, The Beer Can Professor.

With a Chucktown Follicle Brown in hand, we learned how this beer, and that beard, started this epic journey.

Growing up on the Columbia area, Paul thought he wanted to be a tennis player. He received a tennis scholarship to Presbyterian College and then carried on with his graduate degree at Appalachian State University. It’s here in ’93 that he found real beer.  What is now Appalachian Brewery was right across the street from where he was living. He tasted a pumpkin beer that he said was “fall in a glass”.  He was hooked.

After moving back to Columbia, he was introduced to the Beer of the Month club. This further cemented his love for the craft beer industry, and a culture that called to him.

After a brief stay in Farmington, New Mexico, Paul and his wife moved to Charleston. 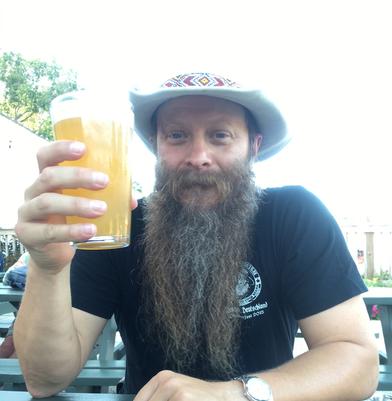 In August of ’04 the Beard was born. It quickly took on a life on its own, inspiring Paul to form the Holy City Beard and Moustache Society in 2007.  Each year this group hosts the Southeastern Beard & Moustache Championships which raises money for Ovarian Cancer Research in the Lowcountry. The HCBMS host monthly pub nights & charity events throughout the year.

In ’08 Paul started his career as a professor of Pop Culture and Urban Sociology at Charleston Southern University (CSU).

Paul entered many beard competitions nationwide, allowing the Beard to bring home quite a few awards. It was in the 2013 Beard and Moustache National Championships in New Orleans that he was photographed by  Las Vegas photographer Greg Anderson. The image proved very popular and was soon used on various publications. 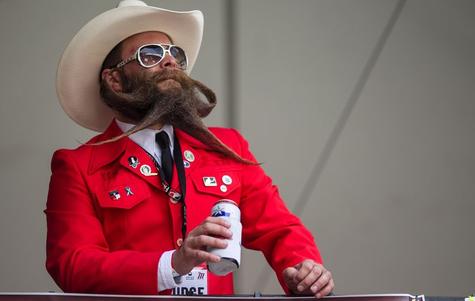 In 2014 Holy City Brewery decided to use this image on their Chucktown Follicle Brown beer cans. They created it to commemorate HCBMS‘ hosting of the 4th Annual Southeastern Beard & Moustache Championship. While not being a part of this decision, Paul was flattered at his image being used. “Hey man, you’re in my fridge” was spoken by friends and students alike. But on May 30th, CSU decided to terminate him because of the beer can. The full details can be found on Paul’s website orhere. Long story short, the college felt this image did not represent their best interest as a Southern Baptist affiliated establishment. Much to their loss, Paul continues his teaching career at the College of Charleston. 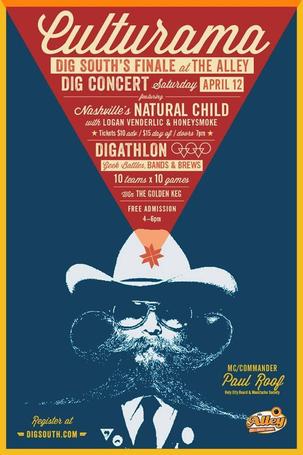 The Beard, along with Paul’s help, decided to take this opportunity and run with it.  With a slogan of “Beer, Beards, and BBQ” the Beer Can Professor was born. Dedicated to spreading the word of good beer, great bbq, and fantastic beard products. These items can be found here. The Professor can be found discussing beer with owners, brewers and people in the beer industry, like Brook Bristow. It is never a boring conversation.

Our brews were done for and Paul was on his way to try out Frank Satan hotdogs. Brave man.  With a hearty handshake, I bid farewell to the Beer Can Professor and promised I would try to grow a beard. It had been an awesome meeting, and I heard Paul say as he strolled into the night, “If beer is wrong, I don’t want to be right!”