The crunch of gravel under my tires, the rustle of the pampas  grass and the creak of the wooden porch swing greeted me as I walked up to the welcoming front entrance of the former boat dealership. The metal structure, complete with covered front porch and peaked roofline, is now the home of Low Tide Brewery on Johns Island.
​  After a brief check of my credentials by Barley the dog, and being assured I was of decent sorts, I made it to the long 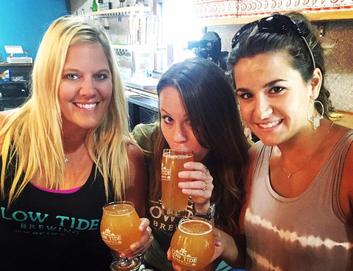 polished bar inside. Allison offered me a delightful collaboration brew with Triangle Char & Bar, a pineapple wheat ale, and I was ready to talk to Mike and Andy.

In opening a brewery, Andy Elliot and Mike Fielding wanted to be a part of the John’s Island community. They also wanted a feeling of freedom for visitors when they walked in and they found both in the former boat showroom. After extensive remodeling, which included excavating the entire brewery floor to increase its depth, Low Tide opened its doors in March of 2016. 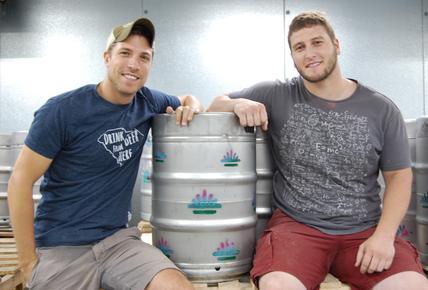 Mike grew up visiting Kiawah Island and Charleston, and fell in love with the area. He began volunteering at Sweetgrass Garden in 2012, forming a connection with the agricultural community. It was during this time his dream of opening a brewery started.

Andy started his beer passion as a home brewer and this experience quickly led to the job of Head Brewer for Benson Brewery. In June of 2015 he took the big step of moving from Colorado to John’s Island to start brewing at Low Tide. With beers such as Charlesun Peel Lager, Petal to the Fleur, and Sweet Caroline Kolsch,  both Andy and Mike’s talent shine through. 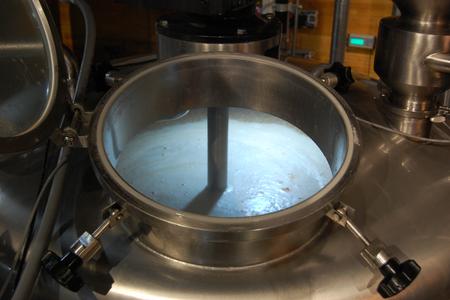 “Tie One Off IPA is a new recipe brewed every few weeks that allows us to rethink what an IPA can be. We want people to try new hop varieties, different specialty and base malts, as well as different ratios of malt sweetness and hop bitterness. We think people enjoy not having the same IPA each time they come in and it gives us great feedback on which direction 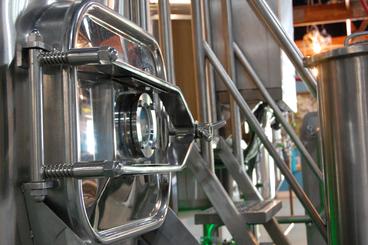 we want to try the next time we brew it”

Barley had fallen asleep on the floor and I finished off my beer. It was time to chase the next brewery. In leaving, I was impressed by Mike and Andy’s dedication to the area. “When you visit Low Tide we want you to have a great experience, to do what we need to do to provide more than just a great beer.”

With two handshakes and a hug from Allison, they had definitely provided just that. 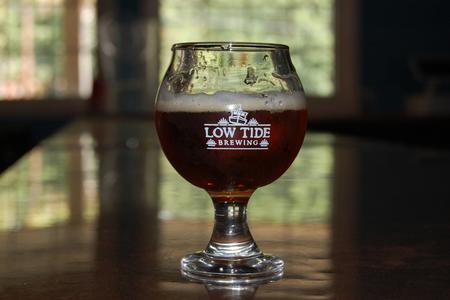