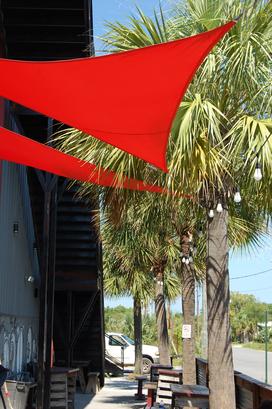 I turned off of Meeting street and saw the beacon of red awnings ahead. The rattle of a garage door opening and a welcome smile from Karlie ushered me in. With a cold glass of Wise One, a collaboration brew with Octohops, I knew I was at Revelry Brewing.

​  Contractors were  working on the new rooftop open air sampling room as I grabbed a seat on the patio. The taste in the air from welding and wood cutting, along with the kiss of evening Charleston sun, made that hefeweizen all the more welcome.

​ Sean joined me and we began talking about how Revelry was started. 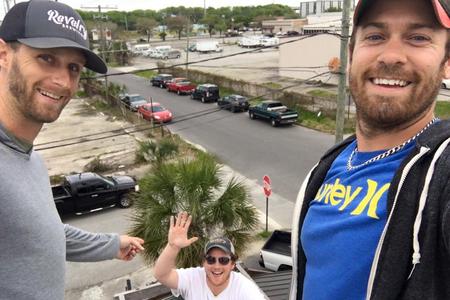 Sean Fleming has spent his entire life in Charleston. Somewhere between studying business at the College of Charleston and surfing, the desire to be part of a brewery was born.

Ryan Coker, from Seneca, SC, started out as a home brewer and continued this passion after joining in the brewery adventure. He received his Cicerone Certification in 2015 and continues to build his brewing experience with beers such as Poke The Bear, and Hotel Rendevous.

Jay Daratony, from Ann Arbor, Michigan, claims to be Revelry’s janitor, but really handles the financial side of running a brewery. He also ensures the quality of the brews and makes sure Sean and Ryan don’t fight too much when it is time to decide what to brew next. 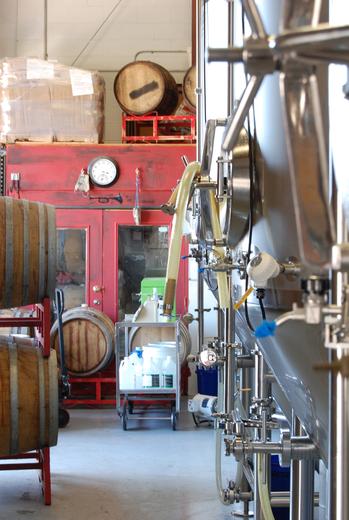 Their search for a building was tough.  After barely missing out on one location, the former art and dance studio on Conroy street became a perfect fit. With a kitchen already in place, all that was left was the work involved in creating a brewery. Sean took the plunge in 2014 to work full time on the construction with Ryan and Jay continuing their day jobs and helping out in their spare time. This is where they learned how heavy concrete can be when trying to remove it from the floor with hand tools.

Their frugal start and investment in sweat equity allowed them to concentrate their funds on the important stuff, BEER. “To make it in this market, and to thrive as a brewery, you had better make good beer.”

In September of 2014, the first batch was brewed. Their hard work was justly rewarded with the successful opening of their doors, and the continued crowds that populate the tap room.

“We wanted to own the respect of the local market.” Sean said. “We want to wow people that know about beer. We want to take our personalities and put them into our beers. ” Lefty Loosey, a West Coast IPA, Lean or Fat, an English Summer Ale, and Gullah Cream Ale are outstanding examples of their dedication to the craft.

With an eye toward the science of beer experimentation, and an ear towards what the customer wants in a new beer, Revelry continues to charge forward with distribution of cans and bottles in such variations as Naturaleza Viva and Strange Islands. 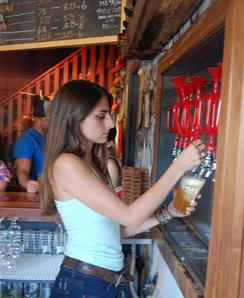 The band, Forty Mile Detour was setting up, and the sun was setting. Karlie, Colleen, and Chris had made sure we were well supplied with beer and a chef’s charcuterie selection. With both our glasses and plates empty, it was time to chase the next brewery. A slow walk past the amazing artwork of Chris Kemp led us out and into the Charleston evening.

Revelry had been accomplished.