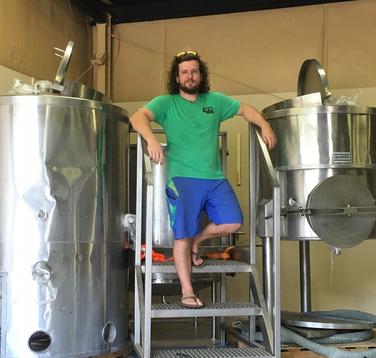 It was 98 degrees when I exited my car in the parking lot of the soon to open Fat Pig Brewery. I was greeted by a friendly, bearded man who asked “ Would you like some Chocopotamus?”

I was in love with the place already.

Located off of highway 17 on John’s Island, I spent a couple of delicious hours talking with Eulie Middleton about how Fat Pig came to join the growing craft brew market in Charleston.

Eulie grew up on a farm on John’s island. Hard work, being able to lift heavy stuff (hops aren’t light, ya know) and the experience of fixing your own equipment has been a tremendous help in starting a brewery. His mechanical background adds an education to the experience.

In 2013 Eulie and his wife, Cheryl,  had been brewing for about 3 years, and hoped to turn it into something bigger. They met Scott and Sarah of Tradesman Brewing and came up with a plan. Eulie would bring in some equipment to help out with capacity, and in return would get to brew his own stuff occasionally. After approximately 2 years, it has been successful enough for all parties involved to allow Fat Pig to move to their own location.

I was curious as to how the brewery got its name. Eulie told me that  growing up on a farm, the fattest pig was always the happiest. Charleston is about to get a lot 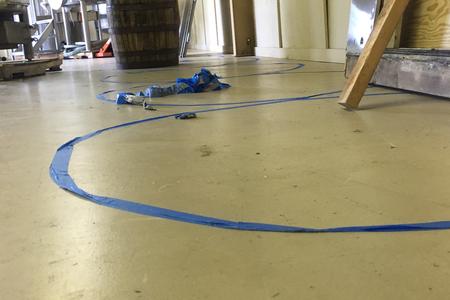 While enjoying our brews, I was taken on a tour of the new place. With blue tape on the floor, I was shown where there will be ample space for tanks, a large bar area, nice bathrooms, a private area for small parties with taps conveniently located in the room, and a future kitchen area. 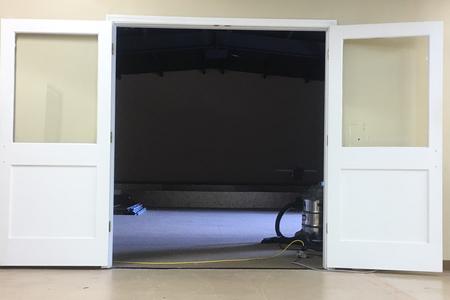 And then the kicker.

With a gleam in his eye, Eulie described his vision for this musical entertainment venue.  I could almost hear the bands playing and the crowds screaming. I decided to take this picture from outside the doorway. You’ll just have to wait to see the space in all its glory when the doors open for good.

With the growler empty and the tour complete, it was time to move on. I was impressed with  his love for the area, and when asked why he chose this location, he answered “I just want to be a part of this community.” With two acres available and future plans for food trucks and a farmer’s market, Eulie and 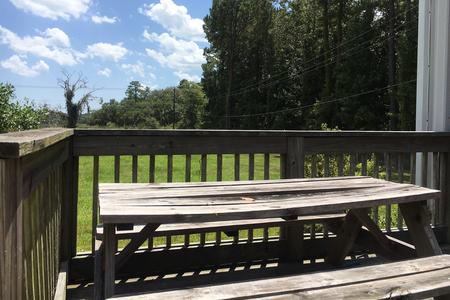 Cheryl want to make this not only a place for great beer, but a place for families as well.

When Fat Pig opens, buy a beer, then ask them about the history of the cooler. You won’t be disappointed.