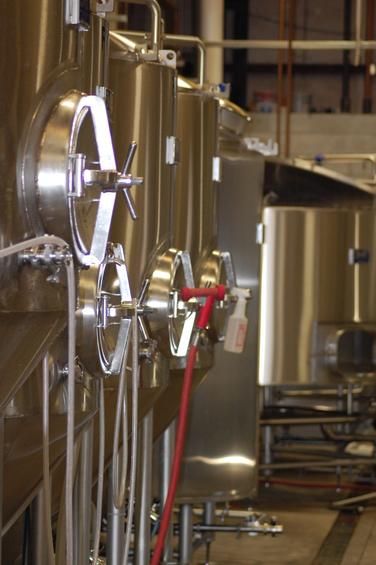 Just off the highway and down Mechanic Street, there is what looks to be an old warehouse. But as soon as you pull into the gravel parking lot, you begin to notice things. Ample picnic area, a food truck parked by a set of roll-up doors, music wafting from inside along with the clink of glasses, and the unmistakable sound of people enjoying themselves. A rusted metal sign with the Great Brew Heron proudly displayed meant we were at  Cooper River Brewing.

We talked with Jamie Martin, one of the owners. He takes care of the books, helps with the brewing, and looks remarkably like the late, great Freddie Mercury. When he first met Michael Gates and Dustin Pait, it was on a golf course. A few rounds, a few beers, and a few years later, they found that their common passion for life, families, and craft beer would make an excellent combination to starting a brewery.   With the final addition of Mark Fesche as the head brewer,  Cooper River Brewing was born. 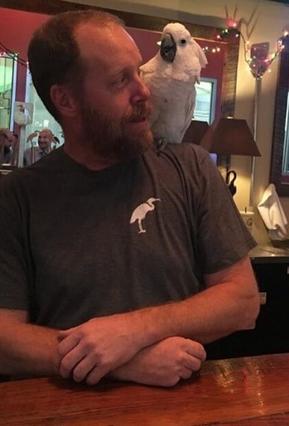 Dustin Pait runs the front of the house, helps with the brewing, and tames wild animals when they appear in the brewery. A native of Charleston and voted Best Dad for multiple years he keeps the taps running smoothly and makes sure your visit is an enjoyable one.

The brewery’s location almost didn’t happen. On the day that Jamie visited it with the realtor,  “When we first saw it, it was rough. I mean rough. It was raining that day, overcast, and there was water in the building. Great big holes that had water pouring in. All I saw was how much work it would take to fix it.” Fortunately Dustin visited the site the very next day. The sun was shining, birds were singing, and the place appeared to be everything they wanted in a building. Dustin was able to convince Jamie to give it a second, and third look. Fast forward through cutting trench drains, adding sewer hookups, installing a 15 bbl brewhouse along with multiple fermentors and bright tanks, throwing in a boiler and steam heat, and in 2015 Cooper River opened it’s doors. 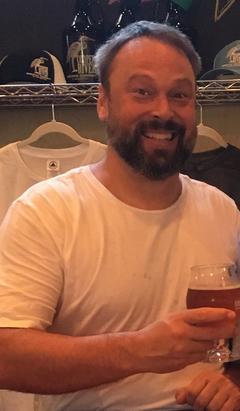 Mark is a Siebel Institute graduate, and as he described it, went through the course with the “big” brewers. He was side by side with people from Coors, Budweiser, and Miller, just to name a few. Transitioning that education into a craft brewery environment was challenging. He started out at Deschutes Brewing as a keg scrubber and quickly moved up to  brewer. His passion for always improving the way beers are brewed made his move to Head Brewer at Cooper River a perfect fit.

Mark also has the distinction of being a Master Distiller and has made whiskey at the home of George Washington, Mount Vernon.

Part of what attracted them to their location was the room for expansion. With their brews working toward state-wide distribution, a barrel aging program that is yielding excellent results, and plans for in-house packaging, that extra space will soon be filled. Kegs are constantly being cleaned and filled, just to have them shipped out and returned empty in a what seems a  daily basis.

Katie Powers, seen here with Dustin, Jamie, and Mark, helps run the bar and taps. While being a part of the food 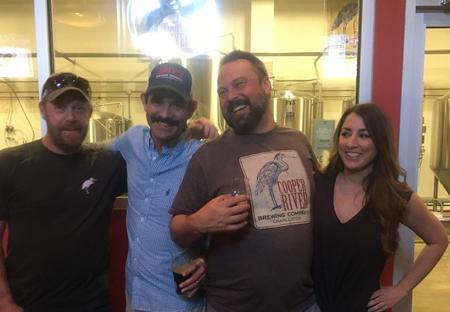 and beverage industry for years, she found a love for the beer trade and Cooper River. So much so that she has started a Women’s Brew Day where they make such brews as a Watermelon Wheat beer.

“Our motto is to make unique ales in traditional styles. Each beer will be distinctive and flavorful, but follow a time-honored brewing process.” In my conversations with Jamie, Dustin, Mark, and  Katie , what struck me most was the passion each seemed to hold for “brews done well”. From the spotless brewing floor, to the polished bar, to the delightful beers and conversation, stop by for a pint and experience this dedication for yourself.

Be the first to comment on "Cooper River Brewing"